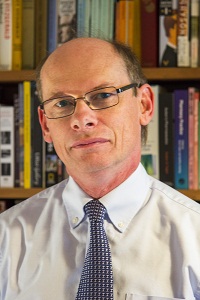 Professor Taylor is a pharmacist who gained his pharmacy degree and PhD from the Welsh School of Pharmacy in 1982 and 1986 respectively. He joined the Department of Pharmaceutics at the School of Pharmacy as a Teaching and Research Fellow in 1986 and was subsequently appointed as Lecturer (1988), Senior Lecturer (1994) and Reader (2002). In 2004, he was appointed to a joint post between the School of Pharmacy, University College London Hospitals and Camden and Islington Hospital Pharmaceutical Services, as Professor in Clinical Pharmaceutics. Professor Taylor was Head of the Department of Pharmaceutics from 2006 to 2013. Professor Taylor sits on the Commission on Human Medicines (CHM) and is Chair of the Chemistry, Pharmacy and Standards Expert Advisory Group of CHM. He is Chair of the British Pharmacopoeia Commission (BPC) and is a member of the UK Delegation to the European Pharmacopoeia Commission, the Pharmacy Expert Advisory Group of the BPC, the Inhalanda Working Party of the European Pharmacopoeia and the Education Expert Advisory Panel of the Royal Pharmaceutical Society.